Two contemporary athletes who shined on every stage and a man who transformed a community through sports highlight the incoming class of Alaska Sports Hall of Fame inductees.

Reggie Tongue of Fairbanks, Jessica Moore (now Waldrop) of Palmer, and Joe Floyd of Kodiak will all be inducted into the Alaska Sports Hall of Fame Class of 2023. Kikkan Randall’s Olympic Gold Medal in 2018 will be inducted in the Moment category, and the State Basketball Tournament/March Madness Alaska will be inducted as an Event.

This will be the 15th class honored by the Alaska Sports Hall of Fame, which uses a selection process based on votes from the Hall of Fame 9-person selection panel, past inductees and the public.

The Class of 2023 is scheduled to be inducted at 6pm, Thursday, April 27th, at the Anchorage Museum Atrium at a banquet and ceremony that also features the presentation of the annual athlete of the year awards. 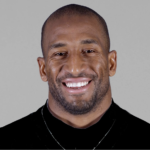 A second-round draft choice of the Kansas City Chiefs in 1996, Tongue played in the NFL for ten years.

A defensive back, he started 116 of 145 career games with Kansas City, Seattle, New York Jets, and Oakland. He has more tackles (676), touchdowns (5) and interceptions (17) than any other Alaskan who played in the NFL. He was named to the Seattle Seahawks 2000-2009 All-Decade Team as a strong safety.

Tongue was a star on both sides of the ball at Lathrop High School. He was the 1990 Alaska Player of the Year. He was a two-time All-Pac-10 selection at Oregon State University, where in 1994 he tied a Pac-10 record with three interceptions returned for touchdowns. He still ranks No. 2 in school history with 363 tackles.

Also a track standout in high school, Tongue is widely regarded as one of the most athletically gifted football players to ever come out of Alaska, and a hard hitter who instilled fear in in opposing players.

“Reggie Tongue was a very good running back, but he was a great defensive back at Lathrop High, fast and ferocious,” recalled Alaska Sports Hall of Fame selection panel member and former Anchorage Daily News reporter Doyle Woody. “By his senior year, there were games in which opposing ball carriers and receivers increasingly sought the sanctuary of the sidelines because they had no taste for more of Tongue’s punishing, demoralizing hits.”

As imposing a presence as he was on the field, he was equally soft-spoken and caring off the field.

“Reggie was an amazing student athlete that all staff and students admired and respected,” said former Lathrop Assistant Coach Tyrone Oates, “He was a very quiet individual that loved to compete. He challenged himself on and off the field and always cared about those who were less fortunate.” 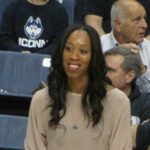 Moore (who’s married name is Waldrop) was a winner at every level of her basketball career.

In high school, she led the Colony Knights to two basketball state titles. She was also an outstanding volleyball player and was a part of two volleyball state championships. Moore was named Alaska’s Athlete Of The Year both her junior and senior high school years.

In college, Moore won three NCAA Division I Women’s Basketball Tournament championships with the University of Connecticut. During her third championship game with the Huskies, Moore suffered a torn ACL during the game. She remained in the game finishing with 14 points, and nine rebounds despite the injury that would require surgery.

She was a key member of the Team USA U19 bronze medal team at the 2001 World Championships.

In the WNBA, Moore played nine seasons and reached the Western Conference Finals in 2006 and 2008 with the Los Angeles Sparks, and the 2009 WNBA Finals with the Indiana Fever. She ranks second among Alaskans in the WNBA with 644 points and 450 rebounds in 222 games. Her 22 playoff appearances is No. 1 in state history by a mile.

“Jess is very deserving,” said longtime Colony High School girls basketball coach Don Witzel. “She has always been an extremely hard worker and a terrific teammate, as demonstrated by the success of her career.”

Moore showed what’s possible for a girl from Alaska, and her success set an example for other Alaskan hoops standouts like Kelsey Griffin and Ruthy Hebard who followed her to the WNBA.

“Jessica Moore’s career speaks for itself when it comes to her Hall of Fame credentials,” said Selection Panel Chair Beth Bragg.  “But she was also a pioneer, someone who showed Alaska girls that there are few limits to those with talent and drive. At 6-foot-3, Moore could practically touch the glass ceiling with her fingertips — and she proceeded to shatter it for generations to come.”

The architect of the Kodiak High School athletic department beginning in 1955, Joe Floyd played an integral role in establishing every sport at the school, and he coached most of them.

In 2012, when the Alaska Sports Hall of Fame initiated its Directors’ Awards, it named the award given for “significant and lasting contribution to Alaska through sports” after Floyd.

Joe Floyd passed away in February, 2020.

“Sports are woven through the fabric of life in our state, especially in rural Alaska,” Harlow Robinson, executive director of the Alaska Sports Hall of Fame shared with the Anchorage Daily News at the time of his death. “When our board decided we wanted to present an annual award to recognize some of those folks that work tirelessly and selflessly to improve their communities through sports, it was obvious we needed to call it the Joe Floyd Award. I don’t even recall there being a moment of deliberation. It was immediate consent.”

During the 2018 Winter Olympics, Kikkan Randall and Jessie Diggins became the first American cross-country skiers to win a gold medal by winning the women’s team sprint at the Alpensia Cross-Country Centre in Pyeongchang, South Korea. The nation’s only other Olympic medal in cross-country skiing at that time came from Bill Koch in 1976. 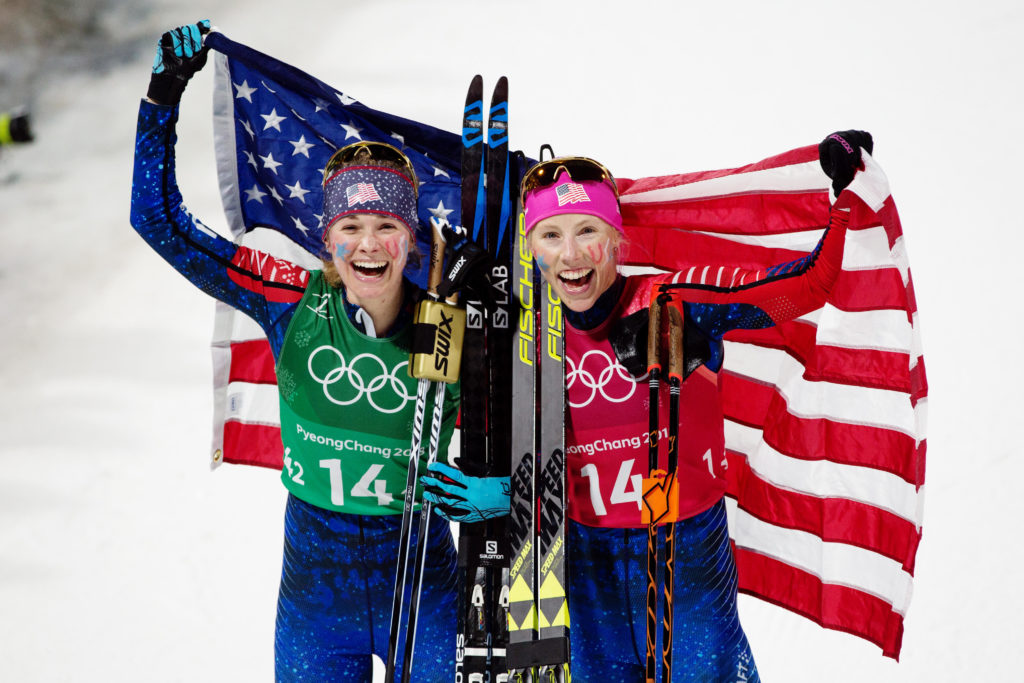 It was Randall’s fifth and final Winter Olympics. She had been a gold medal favorite at the 2014 Olympics in Sochi but suffered heartbreaking results and was eliminated in the quarterfinals. Thee 2018sprint race was viewed as a last chance and something of a long shot.

Diggins had the last leg of the team relay and in the final few meters of the race passed Sweden’s Stina Nilsson, edging her by .19 seconds with a final burst and a lunge across the line. Diggins collapsed and Randall jumped on her in a long emotional celebration.

The video of the dramatic finish went viral and Randall and Diggins became national celebrities, making the rounds on talk shows and appearing on magazine covers after the Olympics.

For Randall, who was inducted into the Alaska Sports Hall of Fame in 2011, it was the perfect ending to a storied ski racing career.

“Hearing it out loud, it still doesn’t feel real,” Randall told reporters after the race. “It’s what I’ve been working on for 20 years and with this team for the last five years and wow, it’s just so fun to put it together tonight, finally.”

The moment only just met the criteria for induction, given the requirement that it must have occurred at least five years from the time of induction (when the ceremony is held in April it will have been five years and two months). The selection panel expressed that some candidates feel like “first ballot” nominees and such was the case with this one.

The games are often an opportunity for people from across the state to come to town to shop, socialize, and catch some great basketball games.

The tournament’s most enthusiastic fans include villagers from across Bush Alaska. Often times communities from diverse corners of the state with contrasting styles of play face off in front of standing room only crowds. The action is intense, the environment is festive, and for two weeks there is no place that captures the essence of “community” like March Madness Alaska.

“Level of pride brought to Alaskans is a key consideration in deciding who gets in and the people, moment and event,” said Robinson. “This is a great class of inductees and we’re excited to put their portraits on the wall.”

Nearly 1,000 people participated in the public vote last month. The cumulative public vote is submitted as one ballot.  Each selection panel member submits a ballot of their own, with the final ballot coming from the cumulative vote of the living Alaska Sports Hall of Fame inductees.

Upon enshrinement, inductee portraits are permanently displayed at the Alaska Sports Hall of Fame Gallery at the Ted Stevens Anchorage International Airport. Each inductee is recognized on the site with their own page featuring a written biography, video profile and photo gallery.